I had better start with a clarification here – its not there won’t be any conversation, it is just the conversation won’t be in English, at all.

For the next three mornings I have to teach at a kind of “filler” program that is being given to the deaf children in junior high to keep them a bit busier during the vacation (special ed, you know. They are often very lonely at home and its easier on the parents).

I don’t really know the children, I don’t know how many will come in on any given day (kids may join on the second day) and DO know they will be mixed together, 7th,8th and 9th graders. I also DO know they are all pretty weak students. The atmosphere where I’ll be teaching is decidedly not conducive to teaching (I’ve taught there before but only during the summer) – the kids get long breaks and there are all kinds of things going on in the background. What bothers me the most is when they want to make food for the kids at the kitchenette there and the smell of scrambled eggs with tomatoes or toasted cheese sandwiches fills  the air. Even if we’re playing fun games it is hard to keep the young teenagers concentrated. 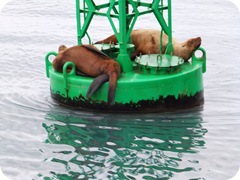 Isn’t this what teens would rather be doing? Nothing?

So, I have decided to just set a framework – we’re going to pretend that a millionaire has invited us to Disneyworld, Florida, all expenses paid, and we have to plan our trip. We will start discussing what we need for the trip and I will deal with the language as it comes up.

We only talk in Hebrew and Israeli Sign Language. Even if a child remembers how to say something in English his /her speech may be pretty unintelligible in English and we have to write it down.

The way I see it (has worked with my own students, count on it working with these students) I’ll see which stage of the planning process captures their interest and work with the language that emerges from that situation. If I can get them interested in deciding what to pack for the trip I can introduce “have to “ (as in things we have to take) as opposed to ‘want to” or “can” / “can’t”. The I put the sentence each pupil says on the board (some like to say it in English, you just can’t understand some of the kids’ speech). Or things you can or can’t do during the long flight. Maybe that will lead to the names of the films they like and wish to see on the flight and we can compare the different names films get in Hebrew and in English. When we “get” to Disney we could discuss the order in which to do things (first, later , etc.) or descriptions of rides (scary, exciting, boring, etc). It depends how our imaginary trip will proceed, which stages of it interest them and what language emerges. We can do things with the sentences on the board such as the disappearing text ( I prefer to call it the friendly eraser strategy) and more.

In light of what I have described above I see the lessons as dealing with emergent language even though there will be no conversations in English.

I have used a lot “if” in this post because I am somewhat apprehensive based on previous experience with summer programs. Even though I bring in movie-activities and games from the USA in original attractive packaging, some kids begin signing the word BORING at me before their bottoms have properly been placed on the chairs. SIGH… I hope this flight into fantasy will work with them. School IS different from this setting.