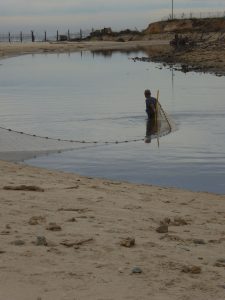 I was totally mesmerised by this book. TOTALLY.

And that’s putting it mildly.

Yes, you may wonder where I’ve been. The book was published in 1995. I don’t how I missed it.  I must have heard of the book often enough for the title to trigger a reaction when I spotted it, because I reached for the book immediately without being able to recall what it was about. It was waiting for me on the “Book-sharing”  bookcase our school principal kindly set up outside his office.

I found every aspect of the book fascinating. What an amazingly clever way McBride used to tell both his mother’s life story (which he did not know for a great many years) and to tell his own, and to connect them in such a seamless manner.

And what a story it is.

But here’s the thing.  This book isn’t just about a child of Ultra Orthodox immigrant Jewish parents from a totally dysfunctional family who winds up having 12 African-American children in New York. Despite grappling with poverty and  a host of problems, every single one of these children graduated from college and went on to have successful careers.

***Note – that wasn’t a spoiler. You can learn that much from the first page and back cover. Believe me, there’s more to read.

This book is also about people’s need to know where they come from and to figure out their own place in the world.

I feel that it is also about not letting the circumstances you were born in define your destiny.  There are real people out there who “reinvent” themselves.

As someone who is passionately interested in education, I was particularly interested in the details related to that subject – one which was incredibly important to the author’s mother (more so than actual food…).

I’ve donated books to the principal’s special bookcase and will do so in the future. I’m not bringing this book back, though!

2 thoughts on “Lost in a Book: “The Color of Water” by James McBride”

Leave a Reply to Am Cancel reply