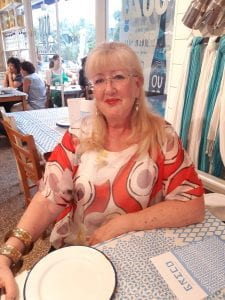 When I asked Debbie about her experiences teaching EFL to high school students during the pandemic, she showed me a wonderful short story she had written. The story presents the reader with the humorous-yet-so-realistic experiences of the “the superheroes”  of the entire English Department at the high school. Debbie shared it at the final staff meeting of the school year.

Debbie kindly gave me her permission to share an excerpt from the story here.

So, let me tell you a story: the story of The Great Battle:

Once upon a time, on September the 1st, 2020, a group of superheroes set out on yet another step of their quest. These superheroes had many hidden talents and powers like: eyes at the back of their heads, the ability to distinguish perspectives and uncover motives, vast knowledge of obscure grammatical rules, and more. They could catch negative energy, change it and shoot it back thousand times as hard while converting it into positive vibes. These superheroes could even read minds, they could move kids without even touching them (aka telekinesis) and shut up even the most talkative pupil with their piercing icy stare!! They were endowed with endless patience, bladders which never need emptying like camels, voices which could rapidly change in volume and tone and they were as tough as steel. They were fierce!!

These heroes stepped bravely into the unknown, armed with books, markers, and overflowing bags, into a classroom with real live pupils in it at the Mekif Yehud Gym. (I say gym because we shlepp so many kilos around with us as we go up and down a trillion steps each day – working all our muscle groups as we complete our full daily workout).

Anyway, we locked eyes with our shiny new boys and girls in the arena (aka the classroom) with the knowledge that we would conquer all, had so much to give, and knew exactly what punishments we would dole out if they were late for class, did not do their homework, etc. We were mighty. Us warriors had no idea that we were doomed…we would have to face new challenges ahead:

And then came the craziness: banished to planet Zoom

with black boxes instead of sweet smiling teenage faces

with pupils whose default mode was on mute

and the worst was Zooming with an unstable Internet connection, dressed from the neck down, not in strong armor: but in our pajamas…. 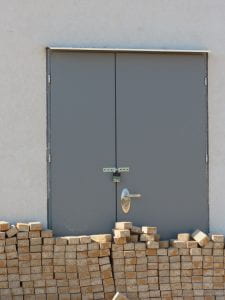 So, we developed new superpowers: the ability to identify a pupil by his ceiling fan or window. We adapted our investigative powers when pupils logged in under false aliases. We learned how to ignore messy closets and unmade beds. We became wizards at spotting plagiarized essays from the Internet.

We even learned that Zoom is not only a verb, but an adjective and a noun too…. (For example, yesterday I zoomed with my class. Our zoom or zoomification (if you speak American English) was fantastic. I am all zoomed out now!!! How often do you zoom? And in Present perfect:  I have been zooming since the Pandemic, etc.)

But back to the story. Finally, after huge struggles and the worst battles were fought and won, much sweat and tears were shed, and the art of awakening knowledge and creativity under such unique circumstances was mastered, we were allowed back into our physical classrooms for a second round – it was like we had never taught our classes before. We had to learn their names all over again and learn how to differentiate between our pupils simply by their eyes above their masks….

We then relaxed a little…

We began to slowly realize that we had come out on the other side unscathed….