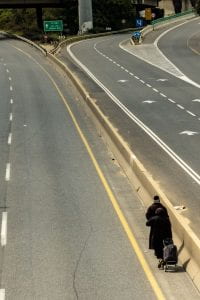 I had already read more than half of THE BONE FIRE when the war in Ukraine began.

It was certainly a timely book to read.

The story doesn’t take place during a war. It’s a book about the generation/two generations after a war. About generations who not only have grown up dealing with the war scars of their parents/grandparents but have spent their lives behind the iron curtain.

The story takes place in an unnamed Eastern European country that has very recently been freed from life behind “the iron curtain”.  Those who know claim that it’s Romania.

The book is a combination of a coming of age story of 13-year-old Emma, recently orphaned, living with her mystical grandmother. While dealing with typical teenage angst (first menstruation, clothes, first crush, etc…) she must also deal with the harshness of an educational system scarred by the unforgiving brutality of a communist regime and the ghosts of war haunting her grandmother.

Yet her grandmother has special gifts and wisdom to pass down to Emma, gifts that become her own.

Beyond everything, the writing is unique and absolutely captivating.  Except for one part in the middle when I felt the author got too bogged down in details of teenage angst for too long, I was very taken by how the story is told and the manner in which the plot progresses. I can’t analyze the storytelling technique the way the New York Times Reviewer does (a review I read after reading the book!) but I don’t feel I need to. What matters is how it made me feel.

Fortunately, my son purchased the book following the New York Times review and suggested I read it as well.