Read the first three chapters of this book in one sitting!

What an interesting way to get a handle on a historical novel – the unlikely story of a piano tuner (of all things!) being sent to a remote place of what was then called Burma to assist in the efforts to maintain British  colonial rule there!

I read a book about the same area in roughly the same period by Amitav Ghosh (The glass palace). That one was really good and I’m optimistic about this one too! 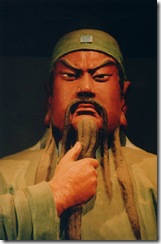 I was hooked after the first sentence.

I read the whole story in one sitting, couldn’t stop. Her writing is so clever and so powerful, its not the first time I have felt this way about a st0ry of hers!

I had an interesting discussion with a friend about how I felt this story might be less powerful as a movie. In the story there is movement between the past and the present. With words the author carefully controls how many details of the past you know at any given time. But visuals are very powerful and include a lot of detail. Wouldn’t a movie of this story give away too much detail with the first flashback?

In short, don’t know about the movie issue but she has a wonderful way with words!

A guest speaker at our school said that he believes that teaching is the only profession in which the “client” isn’t interested in receiving the service rendered.

Since motivation is a powerful factor, it would follow that classroom dynamics are different at a  language school where students are supposedly highly motivated because they are paying for their lessons. This is in comparison to  language classes in a national school system.

Only adults pay for their lessons. And dynamics in an adult classroom is different from a class full of children. One shouldn’t compare things that are in different categories!

But wait a minute!

Many members of my PLN teach children in a language school. Obviously, these children aren’t paying for the classes themselves. I would imagine that a large percent of them didn’t ask to be sent to a language school – it was their parents’ decision. So perhaps there is no external motivator here influencing the classroom dynamics and they are pretty much the same as in any national school.

Perhaps the additional motivating factor for adults, that of choosing to study at the school and investing money in the process, introduces a negative factor that teachers in the national school system see less of – a sense of entitlement. Hey teacher – YOU work for ME! I would imagine that has an effect on classroom dynamics!

But how about this:

I’ve seen and heard many times, that often teachers, who made a substantial investment of both time and money to attend university / college, behave just like teenagers the moment the school year begins.

Which leads me to think that the guest speaker was probably right. Whether one is teaching people who paid to be there or not, children and adults behave like students when lessons begin, for better or for worse. It seems to me that regardless of the population the teacher first has to convince the students that a partnership with her/him is the way to achieve those goals. If we think of Shel Silverstein’s wonderful poem This Bridge, on the one hand students have to climb on to the bridge being offered to them. Yet the bridge will take them only halfway there – they can’t just be passive and have the teacher work for them and expect language skills to be magically transferred. They have to take some steps alone too!

So who said being a teacher was easy?