Being a teacher is making each learner want to exclaim, “I’ve got mail”! 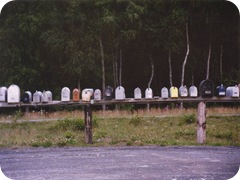 Being a teacher is giving them a safe harbor in which to work on their boats before sailing away. 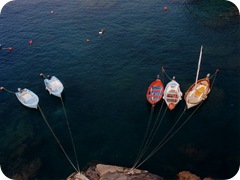 Being a teacher is “kvetching” about your day and then coming into school the next morning with a smile on your face. 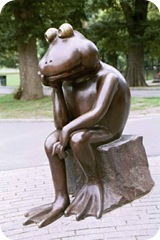 Being a teacher is being incredibly alert for seven or eight hours straight, day after day. 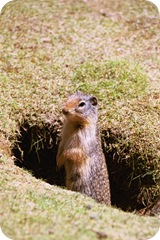 Being a teacher is juggling between the needs of the class and those of individual students. 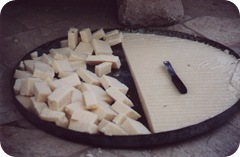 Being a teacher is explaining the same thing in twelve different ways. 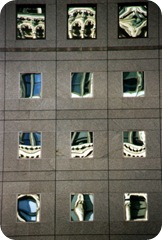 Being a teacher is wondering why on earth you got into this profession in the first place! 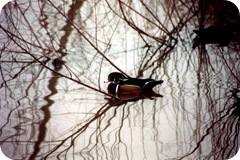 Being a teacher is recognizing that part of your work is like footsteps in the sand – you have nothing in your hand at the end of the day to hold up and show: “Here is the imprint I made in the learner’s brain”. Nonetheless, the imprint was made! 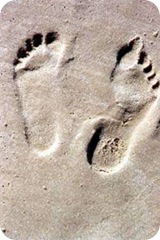 Not long ago I asked for recommendations for a useful book that my aunt in the U.S could send me for my birthday. By the way, the recommendations are here if you want to see them or add one of your own!

I’m glad I chose this book! I got a warm recommendation for this book. Although I duly noted that info I’m embarrassed to say that I did not note who recommended it – so if you are reading this post this THANK YOU is for you!

What I will do with ideas from the book in class is not a topic for a Saturday’s posting, but the book isn’t just for teachers. It is a book that enriches your knowledge of  visual information. There are some photography tips too, we’ll see if I remember them when taking pictures in Alaska!

I can’t resist sharing with you a lovely idea in the book. I was just flipping through the book and it was the first thing I read:

Have students make a list of things that can be enjoyed for free. Photograph those things and place them in a “priceless” catalogue.

In a recent post I asked if a “No-Tech” talk would lead to this:

At this week’s AWESOME ETAI Jerusalem Conference I paid special attention to how other people were using technology at the conference.

On one hand, while I may not have been the only presenter without a PowerPoint presentation, you didn’t need many fingers to count us. The  presenters whose talks I attended used the PowerPoint well! Fran Sokel (who was at IATEFL Brighton!!) used it to present quotes from research on Effective Teaching and Jane Cohen (from the British Council), for example, delighted us with images related to a thought provoking lesson plan for students on “Is Google making us dumber?” Believe me, there were many others, too!

In addition, how could you have such a hilarious Pecha Kucha without PowerPoint?

On the other hand, almost no one took notes during a talk on any form of computer (nobody was tweeting the lectures either!). The sponsors provided paper and pens and they were extensively used. I felt the power of my PLN when I was the only one who recognized WORDLE when used in a talk.

At my talk, teachers seemed genuinely interested in things they could do using only the whiteboard, the marker and the “friendly eraser”. I hear that more and more schools have a Smartboard in some classrooms ( I personally have not seen one yet) yet it seems that for a large percent of teachers the simple whiteboard is what they use the most.

My talk was about weak pupils in high-school, who have trouble concentrating during the best of times and particularly so when something “occurred” before class. Paying homage to Jason Renshaw and Mike Harrisson (see links by clicking on the Live Binder icon in the middle column of the homepage) we went through building a short text with the pupils with no previous knowledge (on the teacher’s part) of what would be the issue on their minds, despite their limited vocabulary. Then we “milked” the text in a number of ways using only the “friendly eraser” and the marker. I brought the first text, for the absolute weakest level, ready from my classroom ( and wrote it on the board). But I was getting more confident as the talk proceeded and created the next text with the teachers in the room on the spot (it was named “Never Buy an Engine from a Mermaid!)

I ended the talk by reading out Shel Silverstein’s short poem “This Bridge” (see Live Binder!).  I was trying to stress the point that other teachers don’t have to do these things the way I did them. I  read ideas and adapted them to suit my needs, thus making them my own. As it says in the poem “This Bridge will only take you half way there” one can’t expect  a strategy or a lesson plan to fit your class and your teaching style as it is. “The last few steps you’ll have to take alone.”

Oh! And I didn’t see anyone yawn!

Besides all the various material I’m reading, you can now find me “armed” with  an MP3 player (never had one before), moving around the house and listening to Mark Twain!

Did you know it can be legally downloaded for free from Libravox?

Although I was more interested in Mark Twan’s book “The Innocents Abroad” as it was about Europe and the Middle East, his delightful language and descriptions are such a pleasure to listen to that even silver mines become interesting!

Now I can get more reading done this summer, by reading and listening! 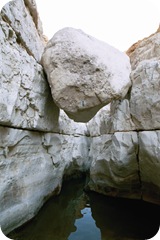 I just finished teaching a short summer course for ninth graders who will be my new 10th graders this September. Only five children (out of 8 that the course was intended for) attended the course. I will have 17 new students but the others come from mainstreaming and were not included in the course.

I’ve been teaching such summer courses for many years. We always devote a lot of time to activities related to the “ABOUT ME” topic as it is a good opportunity for me to get to know the pupils, their learning styles and interests, while learning about their level and abilities. I’m very flexible about stopping to talk about anything that comes up. As Fiona Mauchline writes in her terrific post   “A place of Greater Safety” , I think that such discussions, even though they are in Hebrew, contribute to building a good relationship with these pupils. Many of my pupils have a lot of emotional issues. If they don’t feel “secure” in a class that deals with a very frustrating subject (for children who don’t hear well!) then we get stuck at first base.

However, do these discussions, for some of the children, really have that effect? Brad Peterson’s interesting post “Do you share your values in the classroom?” made me feel proud to know teachers like Brad and sad about the discussions I had this past week in comparison, particularly with one of the girls.

This girl hears comparatively well but comes from a linguistically (and otherwise) impoverished background. That was clear from this story she related the first day. The girl told me she knows how to ride a horse. I was duly impressed and asked her where she rides as I know she live in a city. She explained that she has relatives in a village and she goes there almost every holiday and rides horses. When I asked this 15 year old the name of the village she goes to so regularly, she didn’t know! We were using fun worksheets from abroad that have Monday as the first day of the week and write the date differently from the way we do. I explained about that but her attitude was that she does things her way and the rest of the world better copy her because she’s certainly not interested in the way they do things!

This is not new to me. Like the students who insisted that zebras come from the Safari Wild Animal Park and not Africa or the one who refused to accept that it rains in the summer in other parts of the world. I call these pupils the “don’t confuse me with the facts” pupils. Sigh. Brad is discussing values with his pupils and these pupil argue about where  zebras come from!

Important to note that there are others. Not only are some of them bright and curious, some come from backgrounds where everything seems to be “against” them (profoundly deaf, poverty, immigrants etc.) and they are still amazing.

Does the fact that I’m constantly trying to expose these kids to the wider world that exists out there just intimidate those from the ‘don’t confuse me with the facts” group”? Am I shaking their teenage world by confronting them with facts such as people don’t work on Sundays in many places in the world? Because members of this group (thankfully, NOT A HUGE GROUP ) fight me every step of the way with such information.