Autumn is such a strange book. It’s the first of four ( one for each season ) and I haven’t made up my mind if I would like to continue reading. Smith writes really well. However, while some parts are interesting and even “deliver a punch”, some simply are not.

“The Midnight Library” by Matt Haig

Another “mixed-feelings book”.  Haig knows how to write in a very engaging way and the book is clever, but it also feels like an Aesop’s fable on steroids. The book is ON A MISSION to deliver a message (DON’T COMMIT SUICIDE) and it’s very clear where the plot is going. While I fully support the message, the first part in which the main character is introduced is so depressing that I wondered if a truly depressed person should read the book… Thankfully, not my call. 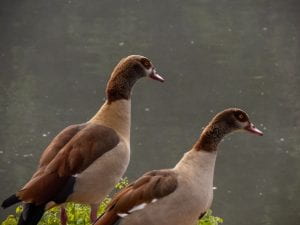 Have you seen Louis Valez? by Catherine Ryan Hide

While this book is also a book with a very strong moral/message (BE KIND!), I really enjoyed reading it. I believe it’s considered a “young adult” book. It’s completely engrossing and heart-warming, which it seems I needed a dose of. I was impressed that in various places where the author could have taken the story to “full kitch/schmaltz” mode, she didn’t. Nonetheless, very much a “feel-good read”.

I discovered this book on LIBBY. It is about several generations of women and their community of Chinese immigrants to Vancouver, Canada. It spans a period from the early days of railroad building to the present day. I enjoyed most of the book as there is a nice mix of history and family drama, but I found the last third of the book to be too “soap -opera-ish” for my taste.

This is another book discovered on Libby.  Back to Canada, Winnipeg this time. A story of Wendy’s life as a transgender woman in the present along with revelations about her devout Mennonite grandfather’s past who may have secretly identified as a transgender himself.  The writing is engaging, yet it is often a difficult read as there are painfully sad parts. Also, some parts were too graphic for my taste.  I found myself rooting for Wendy as there is hope for a better future.

“Designing Your Life” by Burnett and Evans

Once again, I encountered this book on Libby. Since this past year of teaching with a pandemic has not been “fun”, I entertained some fantasies about other possible careers. While the first chapter of the book is shamelessly self-promotional, there is a lot of focus on “second careers” and important questions to ask yourself. I actually found it rather helpful in banishing thoughts of leaving the teaching profession.

I read this book in Hebrew. I see that the author has had several of his books translated into English, so this may be coming your way soon.  It’s a good book, very powerful. Sarid writes very realistically, I almost feel as if I had met the characters. There is a lot of sadness and injustice in the book, but there is kindness and hope too. I recommend it!

“Days in a Storm” by Michal Shalev

Another book which I read in Hebrew. This author has also had books translated into English – make sure not to confuse her with the famous author Meir Shalev!

It’s a clever story about intertwined lives, combining World War Two, Ultra-Orthodox, Espionage, and more.  While I enjoyed reading the book, it could have been much better. Instead of having certain parts of recollections of the characters sounding like they were reading data off WIKIPEDIA, why not have one of the other characters actually give this information as part of their conversation, after officially looking the data up? All the characters have cell phones!

In many ways, we actually do read with our ears.

But then you actually KNOW that – the points mentioned below will getting you nodding in agreement.

Oddly enough, it’s the connection between this information and the difficulties many hard of hearing or Deaf students have when learning English as a foreign language, that seems to be less obvious to teachers.

One of the most frequent comments I encounter is: “There is nothing wrong with their eyes, is there? So there should be no problems with either vocabulary acquisition or writing skills”.

It doesn’t work that way. Let’s look at the following points you are familiar with, in the context of a child with a hearing loss:

Reading comprehension skills are affected by knowledge of vocabulary (duh…)

Children in the EFL classroom are first taught to listen, speak (and even sing!) in English before learning how to read the language.  This is an attempt to imitate the natural order of language acquisition of a mother tongue.

However, a child with a hearing loss in the EFL classroom faces a complex situation:

(especially if the children are singing & clapping, not to mention remote instruction!)

Has trouble acquiring the necessary knowledge

Cannot hear/see all the sounds teacher is saying

This leads to many Deaf and hard of hearing students lagging behind significantly in the process of developing their vocabulary in English as a foreign language.

Now think of a Deaf or hard of hearing students who didn’t hear the advertisement on TV (which is left on for hours in some homes) for winter greenhouse melons or his mother exclaim that the greenhouse tomatoes are not as tasty as the summer ones.  This child may have completely missed the word greenhouse when the teacher warned the students never to enter one on a school trip.

“Incidental learning” – children born without a hearing loss are exposed to more language in context than they are explicitly taught!

Our imaginary student learns about The Greenhouse Effect at school and learns the word in a context of an environmental issue.

Faced with a reading passage on the future of farming, describing some ultra-modern greenhouses, the student has no idea what they are or where the ozone layer fits into the information. Some students go as far as to “forcibly” insert irrelevant facts known from the lessons at school because it makes more sense to them.

Reading comprehension skills are affected by the level of knowledge of students’ first language (“duh” point no. 3)

The teacher is using the context of going on an imaginary camping trip to introduce new vocabulary items in class. One of the words is causing a problem – the word “damage”.

When asked to give an example of how a student could damage her cell phone while camping, a student replied:

“She could lose it”.

Losing a cell phone and damaging it, are not the same thing.

It turns out that the student, in her mother tongue, only uses words such as “break”, “destroy” and “lose” and doesn’t really know what “damage” means in her first language either.

Babies begin hearing in the womb before they are born. After birth, It often takes time for a child’s hearing loss to be diagnosed, particularly when the hearing loss is not severe or profound. Some children develop amazing language skills in both their mother tongue and English as a foreign language despite the time lost during what is often referred to as “the critical period for language acquisition”.

But many others grapple with the consequences of these language gaps all their life.

In many ways, we actually do read with our ears…