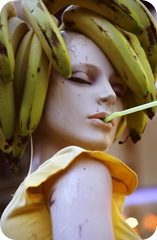 In the month of May at the high-school we move into exam mode. Some classes are cancelled when the entire grade takes an exam but usually only some of my students will be absent (different pupils each time, depending on the subject they are majoring in). The school yard is half empty during breaks and the general atmosphere is one of a year drawing to a close.

Both students and I really need some fun and variety at this point.

As soon as I saw Jamie Keddie’s lesson, Lessonstream,  on “How To  Books” I knew this could be easily adapted for my students. The topic seemed just right for adolescents!

As some of you know from previous posts the word “easily” was not an apt description as I ended up copying the PDF file to PowerPoint picture by picture, but it was worth it!

I created a simple laminated, re-usable worksheet. I didn’t want the activity to be too difficult and I didn’t want to make photocopies. I planned that the students would fill in the missing answers on a piece of scrap paper. 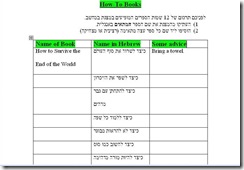 The translations of the book titles were supplied, in a different order from that on the slideshow. The students were expected to match the Hebrew translation to the English title, copy the title onto the scrap paper and then write down one piece of advice that might appear in each book.

I had them work in pairs and they really seemed to enjoy it. HOWEVER…

It was too easy.

I realized I was in trouble by the time the first pair had completed the task. Two more pairs of students completed it (ending the day) before the new version “appeared”.

If it had been a photocopied worksheet the pupils would have  copied the titles but in this format they simply wrote numbers. When they saw the word “school” they immediately matched it to “How to be an outstanding elementary school teacher” without reading the whole title or writing it all out. So, it became a writing activity since they only worked on the advice column.

That’s not a bad thing but certainly not utilizing a resource to its maximum potential. 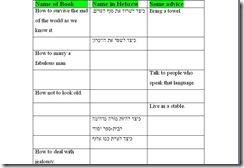 This time, it wasn’t a laminated worksheet. I realized I had been thinking “old tech” . It’s a WORD document which the students have to keep open in another window.

Now the students took it for granted that they had to type EVERYTHING in and they had to really look at the information in order to match everything up.

The students still enjoyed it! They thought some of the titles were really funny and liked discussing what advice to give.

I had filled in “ Bring a Towel” as advice for the book “ How to Survive the End of the World” but not  ONE student had seen the movie “A Hitchhiker’s Guide to the Galaxy!!!

Here is the WORD document.

2 thoughts on “An End of the Year Lesson”