I was fortunate enough to have just had the pleasure of attending a moving event after a busy day at the IATEFL Conference in Liverpool.  The event, hosted by Cambridge University Press, was in honor of Prof. Penny Ur, who had just received an OBE from the Queen of England. 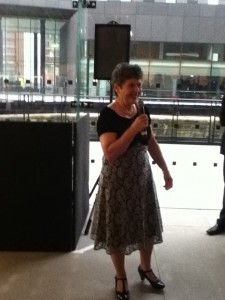 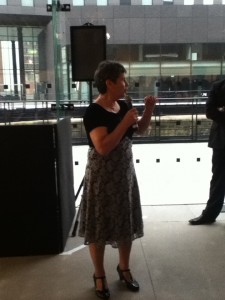 Prof. Ur spoke of how she began writing for “Cambridge” and later I heard some of the guests sharing their  personal “Penny Tales”.

The advantage of having my own blog is that I can share my own “Penny Tales”!

I started attending our wonderful national ETAI Conferences shortly after becoming a teacher, 27 years ago. That is where I first had the pleasure of attending Penny’s useful and informative talks. For me, Penny was simply an integral part of ETAI. In those days, first as a young teacher and then as a mother of young children, I have to admit that I was remarkably uninterested in people’s existence outside of the conference walls. I made an effort to attend conferences and “made a beeline” to the lectures of those speakers whose talks I knew I would find useful. I’m proud to say that ETAI brings together a great many inspiring teachers worth listening to.

Later on, naturally, I DID learn more about the books Penny had written and projects she was involved in, but I didn’t grasp how famous she was until I joined twitter, two and a half  years ago. Suddenly I heard people recommending her books and tweeting excitedly from talks she was giving around the globe. When I mentioned that I had heard Penny on a number of occasions teachers were jealous! I refrained from saying that at ETAI one could actually TALK to Penny during the conference. In fact, she didn’t speak only at the large conferences in Jerusalem – I attended a talk of hers at a MINI CONFERENCE (one afternoon) at the school down the road from my home!

At the IATEFL conference in Liverpool I discovered that “famous” was too mild a word. Teachers were lining up to ask for autographs and to have their picture taken with Prof. Ur.

I just wanted to say that seeing all of that hasn’t changed my opinion of Penny. One can’t respect a person any more when that person has already earned your utmost respect.

Penny; thank you  for helping me discover many things as a teacher, including the fact that attending English Teacher’s Conferences is a very rewarding thing to do.

I wish Prof. Penny Ur all the best for many years to come!

6 thoughts on “Notes from an Event in Honour of Prof. Penny Ur”