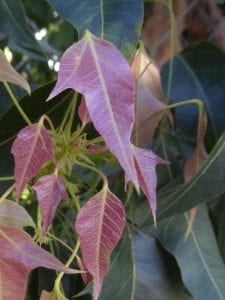 I believe that this book is very popular and is (or will soon be ) a mini-series available for online streaming.

However, this book goes into my personal “you lose some” bin.

I truly agree that a great deal of credit should be given to Ng for well-rounded characters and a clever storyline that builds up – I have no criticism of any of that.

It’s just that I totally do not want to read about a wealthy family who appears to be a perfect one,   a family who has it all, and then all the hidden dark sides come out.  I’m not interested in the “let me see the pleasures the rich have and show me how those pleasures don’t make them happy” type of tale. They all boil down to the same thing, as far as I’m concerned.

I also do not enjoy reading about women fighting to uncover other women’s hidden secrets and harm them, or rich kids taking advantage of others without a second thought. While reading I began feeling that all that was missing was mud for the battle…

After reading more than a third of the book I wanted nothing more to do with any of the characters in the book and quit.  I didn’t even read the end of the book or a synopsis online to see how it turned out, I don’t want to know.

Not my cup of tea.

The Alice Network by Kate Quinn

I began to suspect I had been mistaken in my choice of the audiobook by the end of the first chapter. Nonetheless, I didn’t give up on it for quite a few hours more (out of the more than 15 hours of narration) before returning it to the library.

I know that is a very odd statement to make but bear with me for a minute.

The book begins by portraying a young, rich, American woman arriving in London two years after World War Two. While the author states and restates that she is different from her family because she loves mathematics and doesn’t behave like a fashionable young lady (according to her ever so fashionable mother), the amount of detail devoted to the clothes worn, not worn, previously worn (or should have been worn) was driving me up the wall.  Clothes lead to detailed discussions of other “womanly” subjects that our poor clever girl was unhappy with. I will spare you the details as I was also unhappy with them.

The plot moves between two-time frames, moving between the past and the “present”.  The parts relating to a network of female spies in Occupied France during World War Two is interesting and is what kept me from returning the book to the library much earlier. How such spies were recruited and trained, what they were expected to do –  certainly women to be respected! However, I don’t need to tell you that horrible things happened during that war. There is no lack of foreshadowing to indicate that harrowing experiences await the brave spies.

I realized that the combination of “aggravating” and “harrowing”, narrated in such a vivid way, word-by-word,  did not make me look forward to listening/reading the rest of the book.

So I didn’t read the rest of the book.

But for this one, I did read a synopsis.  I was curious, I admit. Some of my guesses were spot on. A synopsis was all the detail I needed in this case.

Just for the record – I’ll be posting about two books I  enjoyed soon. I am enjoying my current reads as well!