This post is a continuation of the previous two posts about a 3 day course I’m teaching to deaf middle-school children whom I barely know.

I made a lot of mistakes today. 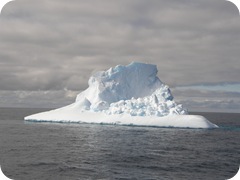 True, there were those elements I couldn’t control. Some different students came today, students who hadn’t participated in the lead-in activities to our planned visit to the Magic Kingdom in Orlando. There were distracting things going on outside the room’s windows and in the building. The tech I had hoped to use to show some pictures of Disneyworld didn’t work.

Nonetheless, two days in a row of learning based on imagination was too much. I couldn’t relate well enough to stories they told about amusement parks they had been to in Israel as I wasn’t familiar with the rides (though one boy had been to Disneyworld and one girl had been to Euro Disney) and the kids were not listening to each other – they only wanted to tell. I thought we could work on descriptors (such as scary, exciting, fun or whatever reaction they cane up with) as we imagined going on rides – I told them about the rides based on movies such as Toy Story, Pirates of the Caribbean, etc. because I was sure they had seen them. They are old movies now, only a few remembered seeing them. Most of the students said they would go on everything and that’s that (though some said they wouldn’t go to the haunted house).

Basically, there was too much new information about a world outside their daily life. They need it in small doses. The bit about asking for Chips in a U.S fast Food place and getting a bag of potato chips (not French Fries) was too much for some of them. Just lost them.

I should have known better.

5 thoughts on “Day 2 – When the Difference Between “Chips” and “French Fries” is the Last Straw.”