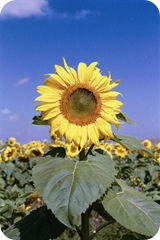 Don’t hold your breath as it may take a few months, but when Rachel, the computer woman at my school promises something, I know it will happen. And its all because of you guys!

It began with my blog post regarding the things I do with a computer without an Internet connection. People in my PLN started pointing the way to things that I could use in this situation.

First I went to Rachel about TRIPTICO, which I couldn’t install via flash-drive. She wasn’t particularly interested.

Then I came back and told her about “Movie Segments to Assess Grammar Goals” that had movie segments that can be downloaded and watched offline on the classroom computer instead of me needing the video room. I asked that a movie player be installed so that I could use this site. She said that she would talk to the technician about it next time he came to school.

Then I sent her a letter with a copy of the PDF lesson I had downloaded from lessonstream on How To Books. I had been SO SURE that would work when I copied it from the flash-drive. I thought having a PDF reader was standard for every computer! But not mine…

That did it! She said that there was no point in doing what I asked (installing a pdf reader) because pdf must be updated all the time and she has found a way that the computer can be hooked up to the Internet and be done with it!

What I DIDN’T tell her though (counting on you not to tell her either!) is that I still wanted to use the PDF lesson NOW. So I copied each picture into POWERPOINT and burned it to a CD. Works! Hope to use it tomorrow! Sh…

5 thoughts on “Thanks to my PLN my Classroom Computer will be Hooked Up to the INTERNET!!!!”